Tommy Jordan grew up on the Outer Banks of North Carolina. He wouldn’t characterize his young life as easy but it wasn’t any more or less difficult than the life of anyone else. His father was a second generation master carpenter and spent sixteen years as a volunteer fireman. He was a great man in terms of personal abilities, but spent many of Tommy’s younger years dealing with an addiction to alcohol.

A child of divorced parents and the oldest of two brothers, Tommy and his brother were mostly raised by their mother, Brenda. She was a bookkeeper full-time but worked three and sometimes four jobs to keep food on the table and clothes on their backs. Tommy attributes his love of physical hard work and his attention to detail to his father, but readily admits his outlook on life, personal responsibility, and determination to succeed – he gets from his mother. She got her family through a life that would have beaten others, and managed to do it with a smile on her face.

He spent his college years at East Carolina University in Greenville, NC where he began a fledgling career in computers. By 1998 he was running the development side of a regional Internet Service Provider and by 2001 he was self-employed and working at his first company – started out of his one-bedroom apartment.

Between those first hard years on his own and 2006, his passion for seeking improvement had led him to running businesses for local business owners; coming on board and making improvements to turn them around, streamlining processes, increasing profits, and improving efficiency in their companies. Eventually he would leave each of them, his job complete, and seek out a new more difficult challenge. 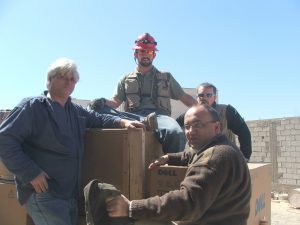 In 2006 Tommy led a team of engineers for a US-based company on an overseas project working to improve technological infrastructure in North Africa. There, he and his team spent most of three years working with the government of Libya to build new data centers, upgrading municipal and federal services infrastructure, and bringing modern technological advances to a national infrastructure thirty-years behind our own.

For three years he lived and worked in a different culture, successfully completing a project three different teams before him had failed.  Working overseas in Libya was a life-changing challenge. He and his team went to work each day – in a culture that didn’t speak their language, didn’t share their beliefs, didn’t agree with their politics, and together they managed to do what no one before them could.

He returned to the United States in 2009 to Greenville, started back up his own business with a partner and decided to settle down. Months later, by sheer coincidence, he came into contact with his high-school sweetheart. Those of you in Stanly County know her as Dr. Amy from Bear Creek Veterinary Hospital. Tommy simply knew her as “the one that got away.” 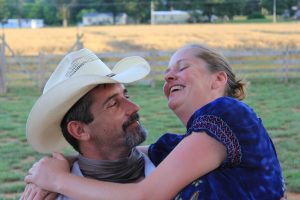 Realizing the opportunity for what it was and not wanting to let the chance slip away a second time, within a year he had closed up shop in Greenville, vacated his lease, and trucked everything he owned to Albemarle to marry the woman of his dreams.

His structured-cabling business kept all its customers, made new ones here in Stanly County, and it wasn’t very long at all before he called Stanly County “home.” Tommy has lived here for nine years, fallen in love with the locale, the people, and the possibilities that Stanly County has to offer.

Tommy Jordan isn’t a politician. He has no aspirations of a career in politics and never has in the past. However, recent years have shown that the status quo isn’t doing much to benefit the people of Stanly County. County representatives sometimes seem more like a mouthpiece for Raleigh and Washington – more intent on pushing partisan political rhetoric than serving their constituents here locally. Tommy feels that needs to stop – and he feels strongly enough about it to run for an office that will provide him with a chance to do just that.

Washington and Raleigh are doing a fine job messing things up on their own in recent history without any additional help from Stanly County. Our focus here, Tommy believes, should be on improving our own backyard for ourselves and for the generations to come. That means investing time and energy in our kids, our schools, our businesses, our attractiveness to other emerging markets and opportunities.

Tommy Jordan is a conservative Republican, both socially and fiscally, and makes no apologies for it. He believes hard work delivers hard-won results and that if you aren’t willing to work for it, you probably don’t deserve it. He believes in personal accountability and that people sometimes need help in life, but that help doesn’t necessarily mean providing for them endlessly to the detriment or burden of others.  He believes in not making decisions until you have all the facts in-hand, but once you make one, stand behind it.

Both Tommy and his wife own and operate small businesses here in Stanly County. Both of them are intimately familiar with the struggles small businesses and employers face on a daily basis.

His hope is that you will clearly see he is not a politician. Tommy is a businessman, a father, a husband, and is proud to call many here in Stanly County, friend. If you vote for him, he isn’t bringing a political agenda to the Board of Commissioners. There are no parties backing him expecting favors in return. He’s bringing his common sense, twenty years of success at solving other people’s problems, and his own judgement to work on behalf of the people of Stanly County.

Why I will vote against the Tobacco Ordinance